“It Made Me Feel Weak.” When Period Pain Is Much Too Much 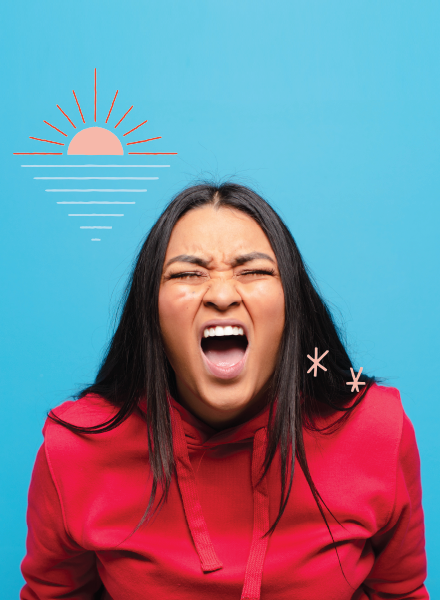 A Betty wrote in to share her experience with dysmenorrhea (diss-men-eh-ree-a). Wait, what?!

It’s the specific term for period pain. Don’t worry, we explain more further down. But first, check out her story.

Breaking down – the period part of your menstrual cycle

This story may sound familiar to a lot of Betties. And this Betty is so right – we haven’t talked enough about period pain. That stops now. Periods can hurt! But, why is that?

For people who menstruate, a “period” is just one part of the whole menstrual cycle. It’s when blood and tissue called the endometrium are being purged from the body. Hormones cause the body to build up the endometrium in case of pregnancy because the endometrium lines and strengthens the uterus—the organ that carries a pregnancy. But, if a pregnancy doesn’t happen, the hormones change which causes the endometrium to break down and come through the cervix (the bottom of the uterus) and out the vagina.

That’s a pretty wide range of

“normal” and not all menstruators

have the same experiences.

Although the process of having a period is largely the same, some menstruators have heavier bleeding than others. The bleeding can last anywhere from two to seven days total, and a Betty may need to use three to six pads or tampons per day. As you can see, that’s a pretty wide range of “normal” and not all menstruators have the same experiences.

Bleeding isn’t the only part with a wide range of normal. The pain associated with this process also varies greatly. Remember the part where the blood and tissue are being expelled from the uterus? This is what causes menstrual cramps. When this happens—and there aren’t any other diseases involved—it’s called primary dysmenorrhea.

The uterus is actually a large muscular pouch. When it is time for all that blood and tissue to come out, the uterine muscle contracts and essentially squeezes the tissue out. And the muscle that makes up the uterus is strong! When it contracts, it can be super painful for some women. In fact, one study estimated that 12% of 14- to 20-year-old menstruators lost one or more days per month from work or school as a result of period pain.

The muscle that makes up the uterus

is strong! When it contracts, it can

be super painful for some women.

On top of that, hormone-like substances called prostaglandins are hard at work activating not just the uterine muscle but parts of the gastrointestinal tract, too. So, it’s no wonder a lot of Betties have pain with their periods.

How much pain is too much?

Most menstruators have mild-to-moderate pain at least one or two days per month. “Mild-to-moderate” means it hurts, yes, but it doesn’t hurt so badly that it disrupts your daily life. We know that good nutrition and exercise help with the pain. Don’t get us wrong, eat some chocolate if you want, but do so in moderation and try to get some movement in – like low impact yoga or a brisk walk. Heating pads and over-the-counter pain medications can also alleviate the pain.

But what about menstruators like our Betty here who have more severe pain and pain that is accompanied by other side effects, such as nausea, vomiting, and dizziness? This type of pain gets in the way of their daily lives and doesn’t need to be tolerated.

yes, but it doesn’t hurt so badly

that it disrupts your daily life.

If this describes you, the first thing you should know is you’re not alone! Although it’s less common, it’s not uncommon.

The next thing you should know is to talk to your doctor or nurse. There are a lot of great options for treatment. Hormonal birth control may work well for you, but keep in mind you might have to try a few different ones to see what feels best for your body. If you don’t like how you feel on hormonal birth control, other treatments like a slightly stronger pain medication may be better suited to help you.

Just know there are options, and your period shouldn’t keep a Betty down! 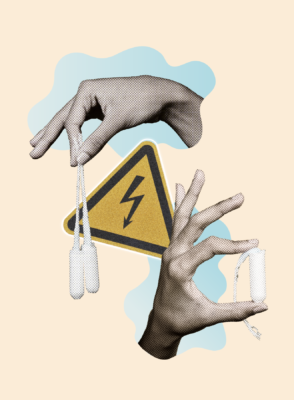 Should I Be Scared of TSS? 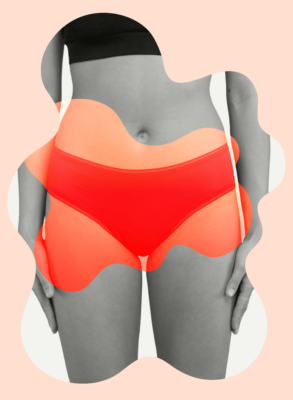 Um, Should I Throw Out My Thinx?! 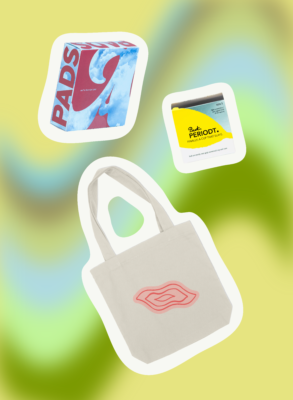