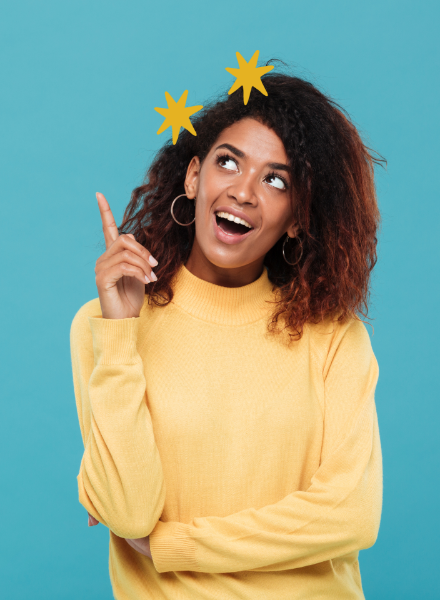 Betty’s sat down with a college freshman who’s managing ADHD on her own for the first time. Read what she had to say.

Q: Hey, Betty (not her real name, obvi, but that’s what we call all boss babes taking on the world)! Can you tell us how you’re managing ADHD now that you’re living on your own?

A: It’s a lot of trial and error. I’ve had to figure out what I need to do to regulate myself. Back home, my parents were doing that and were there to catch things I would miss. Now, I don’t have that extra layer. So, I’ve just been trying new things and seeing what sticks.

Q: What are some things that have stuck for you?

A: One thing is how I use a whiteboard. I wasn’t sure if it would work, but it’s become one of my most useful tools. I write down my daily tasks with checkboxes, and then I feel accomplished as I check them off.

I find it more helpful than a calendar. A calendar tracks my schedule, which can become too consistent and easy to disregard. But I update the whiteboard with new tasks every day. I’ll log into my student portal and pull all of the class information for the day, like my assignments, lectures, and videos and add them to my whiteboard so they’re visible throughout the whole day. That’s actually really important – the visual aspect of it. Plus, it’s a more involved process, so I’m generally more interested in keeping up with it.

Q: You’ve made it through one semester, so you’ve had some practice. How was it when you first got to college?

A: At first, I would forget everything. I wouldn’t write it down because I already knew agendas wouldn’t work for me. So, I tried keeping everything in my head. Like, I’d mentally log that I had a quiz but I would forget when it came time to study for it. I was forgetting assignments a lot and it was just very problematic. Eventually, I had to accept that I couldn’t remember and that it’s normal for me to not remember something like that. It’s just how my brain is wired. That’s when I started to do my own research on ADHD and learn more about how it affects me.

Q: Can you tell us some of what you learned when you started to research ADHD for yourself?

A: Well, like I said, I knew agendas didn’t work for me, but I needed to learn why. I learned that ADHD brains like things to be visual, and I need my tasks to be right in front of me.

I learned that anxiety and depression are prevalent in those with ADHD. Now that I know this, I don’t feel guilty for feeling depressed while having a disorder that many perceive should make you feel the opposite.

I guess that’s the other thing: a lot of people don’t really know what ADHD means. They think of a hyper little boy running around, but that’s not always how it is, especially for [cis-gender / assigned-at-birth] girls. That’s one of the things I discovered—that ADHD shows up differently for girls.

Q: Okay, that’s seriously good for our readers to know. What did you find out?

A: ADHD in boys tends to show up in their activity. They can’t sit still. But ADHD in girls makes them extra emotional. Our reactions may be disproportionately embellished. If something is a little frustrating, it’s extra frustrating and a girl with an ADHD brain will probably have a much more exaggerated response than a girl with a neurotypical brain.

Girls also tend to be better behaved, and since they don’t appear hyperactive, they often go undiagnosed. The inattentive girl is a more common scenario. You can’t always tell that someone isn’t paying attention when they’re staring at you. So, it takes longer for them to get diagnosed and they’ve fallen even further behind.

This Betty made some fantastic points about managing ADHD, and she deserves big kudos for getting hers under control. Her efforts to recognize the problems she was having and then to try new things to solve them—that’s real self-care! Now, we want to share some other bits of information that may be helpful to other Betties with ADHD.

What actually is ADHD?

ADHD stands for Attention-Deficit/Hyperactivity Disorder, but we don’t think the phrase “attention deficit” paints the right picture of how ADHD works. People with ADHD are actually really good at paying attention. They’re just not good at deciding what to pay attention to!

A person with ADHD may be able to blast through a 700-page novel or spend hours creating an artistic masterpiece. This is because they’ve already decided it’s something to which they want to give their attention. A brain with ADHD just has a poor filter and when there is too much stuff fighting for attention, a person with ADHD struggles to process it.

People with ADHD are actually

Let’s say two people meet up at the local coffee shop for a hangout—one has ADHD and the other doesn’t. They both sit down, and the seats are a little uncomfortable, the room is too warm, and a student at the next table over is tapping her foot to whatever is playing in her AirPods. The person without ADHD is likely able to tune those things out and have a conversation. The person with ADHD, though, registers all of those things at the same level and can’t prioritize what should get their attention.

People with ADHD also struggle with certain aspects of planning and routines, which is what our Betty above was describing. And she’s approaching planning in a healthy way—a way that works with her brain’s wiring and not against it. The ADHD brain doesn’t do well with other people’s plans. Reading a syllabus or agenda or calendar isn’t enough for people with ADHD. They need to process plans in their own ways and on a daily basis. They need to set their own routines of doing and checking and checking and doing. Breaking it up into little packets of information is helpful, too.

Do any of the details we’ve described so far sound familiar? You may be wondering if this is you. While part of the criteria of ADHD is that it has to be present from an early age, it’s very possible for a Betty to be a college newcomer who has never been previously diagnosed.

Have you prioritized other college experiences rather than your schoolwork? You may have been thinking, “Well, I breezed through high school and didn’t need to do a lot of work to succeed,” but now you find that you’ve spent a lot of time with your friends and got super behind in your schoolwork.

It’s very possible for a Betty

to be a college newcomer who has

Granted, that could be any college student, but be honest about how much it caught you off guard. It may have led to feelings of inadequacy, like telling yourself, “I thought I was smart and could do this, but maybe I’m not cut out for it or prepared or smart enough.” The good news is those things aren’t true, you’re not alone, and there’s a lot of help out there!

Taking control of your mental wellness

If you know us at Betty’s, we like real talk. The truth is A LOT of college-aged Betties are dealing with mental health issues, whether it’s anxiety, depression, or ADHD. As a result, there is likely a support system available to you on campus, in your community, or online. Find them and make good use of them! Plus, if you’re 18 or older, you can make your own appointments with a care provider and get any medications you may need. It’s time to take control of your mental wellness!

While we’re talking about mental health resources, always keep in mind there is help out there if you’re experiencing a mental health crisis. If you ever have suicidal thoughts or feelings, contact the Suicide Prevention Lifeline immediately:

You may also contact the Crisis Text Line, which provides free, 24/7 crisis support and trains volunteers to support people in crisis. 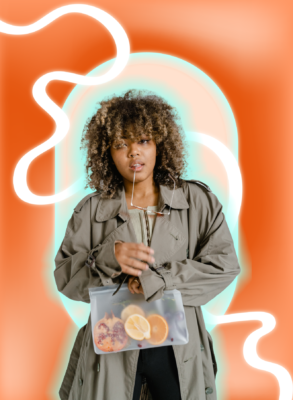 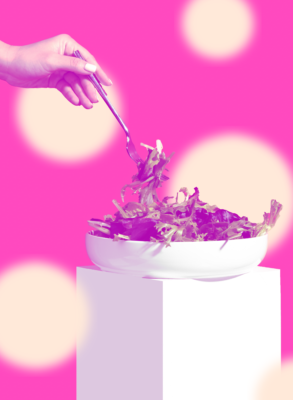